Okay, I heard you! A number of you have been asking me about BLP Beauty’s latest launch of their first line.

I would say it’s a relaunch of the same product but it’s reformulated and repackaged. However, it is not a completely new rebranding project for BLP, at least that’s what I think. If you want to read on the first launch of BLP liquid lippies, please check my previous post. 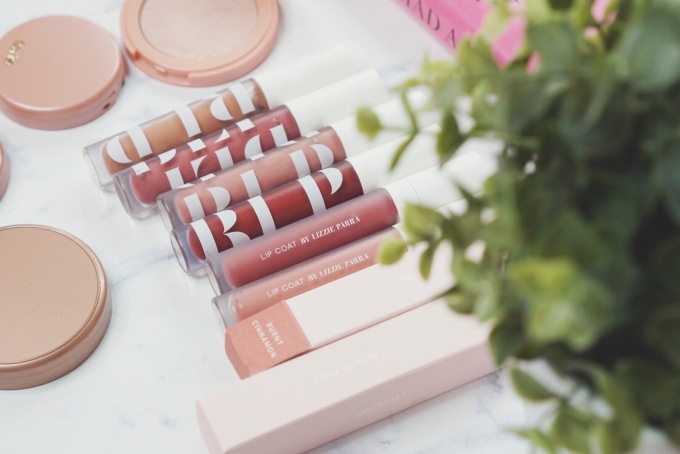 BLP Beauty’s lip coats are my very first local lipsticks and I was truly amazed at how good local products were at that time. I believe it was in September when I first purchased them.

Fast forward to today, I still believe BLP Beauty maintains its standing point in the local market. It has remained one of the highly sought after lippies in the industry and it’s always sold out after every launch. Mind you, these were launches of the exact lip coats and nothing new. They have collaborated with Sociolla once, if I’m not wrong and I remember that the website crashed. I just find it amazing how with the same products, BLP Beauty has managed to keep its hype, unlike many other local brands. 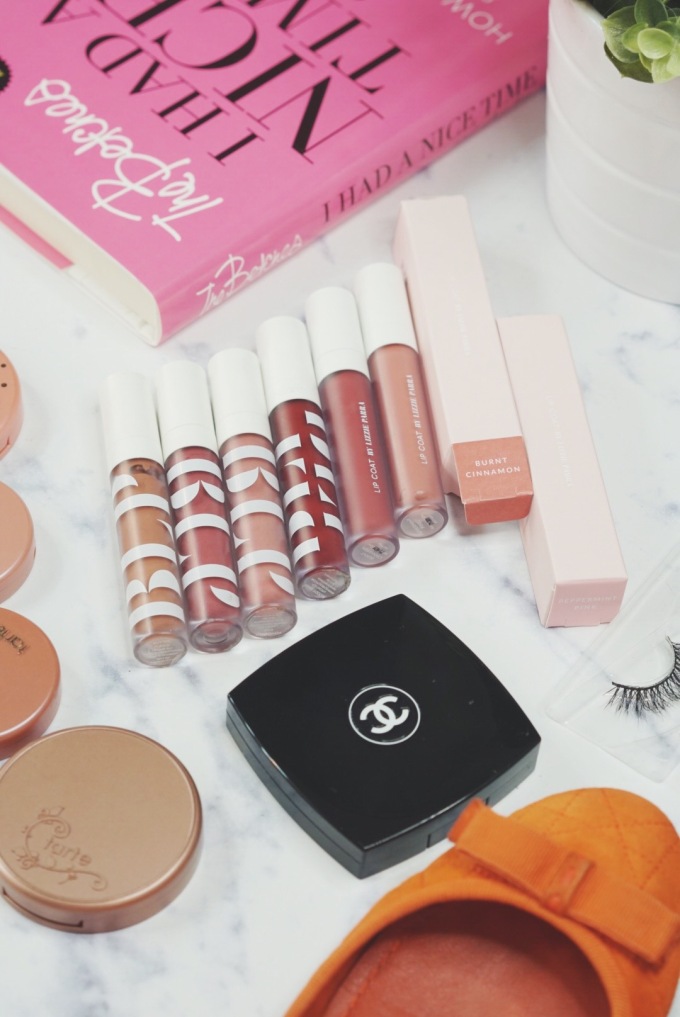 I never quite understand why the need for a relaunch; I thought that there really wasn’t a need to. The old website was already really sleek and simple, and on top of that, the lippies were good enough.

But then I forgot. Kak icil doesn’t settle for just “good enough”, of course she had to improve her brand, that’s what she is about and what she’s always been pushing people to be – their better selfs. 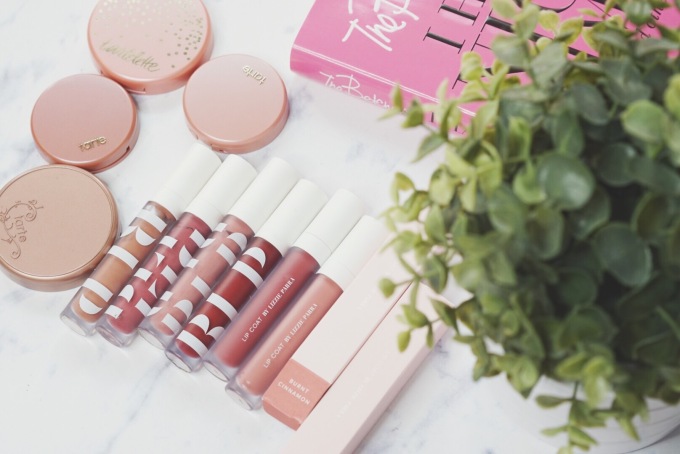 BLP Beauty started its launch as part of an exclusive preview for those who signed up on their mailing list. And as you all may already know, gue kan orangnya ga mau kalah… dan gue emang suka sama BLP, so I thought I had nothing to lose. After all, I’m sure they won’t spam me excessively.

It seemed like this first change was what everyone noticed. Instead of the big block BLP letters, it has now been changed to “LIP COAT by LIZZIE PARRA”. To be really completely honest, I didn’t really pay much attention to the packaging. The newer one is more simple and has more space for you to see the color of the lippie. Other than that, it’s the same frosted glass tube with a white matte plastic cap.

Here’s where it gets interesting. Kak icil revealed that the new lippies have been reformulated and I think that’s the main selling point and one that led me to click “Add to Cart”. I have to say, I think this formula is similar to Rollover Reaction’s. The new formula has a more mousey and thicker feel, but it applies seamlessly and as pigmented as the first launch. The first batch was more liquidy and tacky, whereas this one is more goupey but comfortable to wear. The current version is easier to blend, and does not set too quickly in comparison to the previous one.

If you like the ombre lips look, I think you would really enjoy the newer formula as it is easier to blend and more spreadable between the two colors.

Because of its tackiness, when I purse my lips together, the old formula can feel sticky but not as sticky as ESQA’s. Moisture wise, the newer one is thicker in formula, but applies like a balm hence it is more moisturizing. And as expected, it isn’t transfer proof. I hope these differences are evident in that short clip.

It becomes a sheer wash of color when blended using your fingers but opaque matte when applied thickly or double layered. However, both version aren’t a dead, flat matte like Kylie’s so that’s pretty much good for me.

Staying power isn’t too bad, in my opinion, as you won’t want your lippie to be on your lips for too long, do you? The older one is longer lasting but is more drying but the newer one doesn’t last too long. I actually don’t really mind touching up my lippie throughout the day because I probably drink/eat a lot that it fades away throughout the day too, so it’s definitely normal.

The key is in the formula. 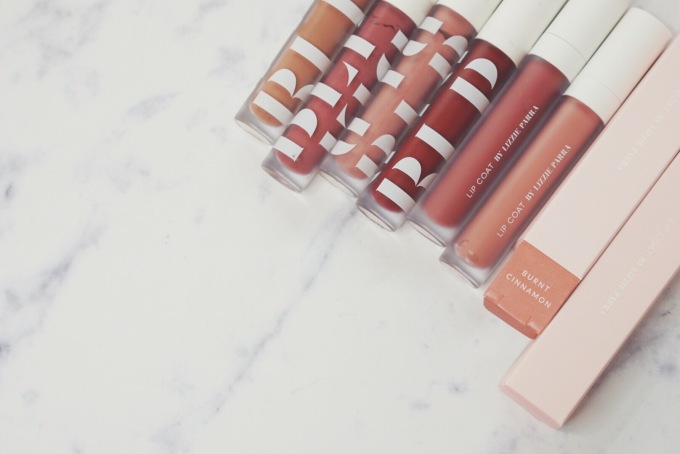 So. As you can clearly read from what I had to say, I would totally recommend the newer version because it is more of what I like. I don’t like dead mattes like Kylie’s (although I once raved so much about it, but that was before I found BLP and Rollover Reaction’s), and I venture more towards balmy textures but those that are equally pigmented. My lip applying skills aren’t that good, so that’s another reason why I stay away from those that dry quickly. I prefer those that I can tap and provides a flush of color.

One thing I have to mention is that Peppermint Pink has drastically changed in color and I’m more in love with the newer formulated shade much rather than the old one. I actually bought it by mistake. For the old formula, I have Butter Fudge, Lavender Cream, Bloody Mary and Peppermint Pink; in the new formula, I bought Burnt Cinnamon and Peppermint Pink. I only realized it when I was swatching the shades for this blog post. Both still pretty, still very wearable. 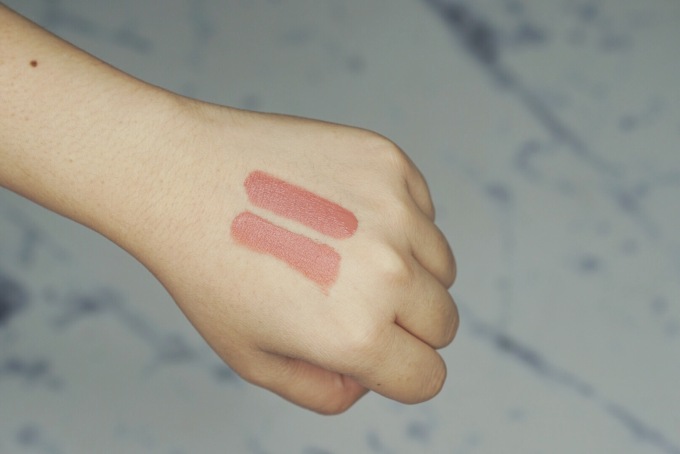 Color-wise, I really think Kak icil chose colors catered to our Asian skin tone. That’s another reason why I love BLP, I think these color are specifically chosen for us.

Another thing I noticed was how different the applicators are. Kak Icil really stepped up her game by changing it into a smaller yet more precise doe-foot applicator. If I’m not wrong, I’ve mentioned before that BLP’s applicator was something that I didn’t like as it was long and slender, making it really awkward to apply the liquid lipstick. I needed to apply about 3 times to get it perfectly on.

The applicator does play a huge part in the application of the liquid lipstick as you would want to achieve a perfect application with just one swipe. Apply and you’re ready to go; it will indeed be hard if the applicator itself isn’t shaped accordingly to our lips. 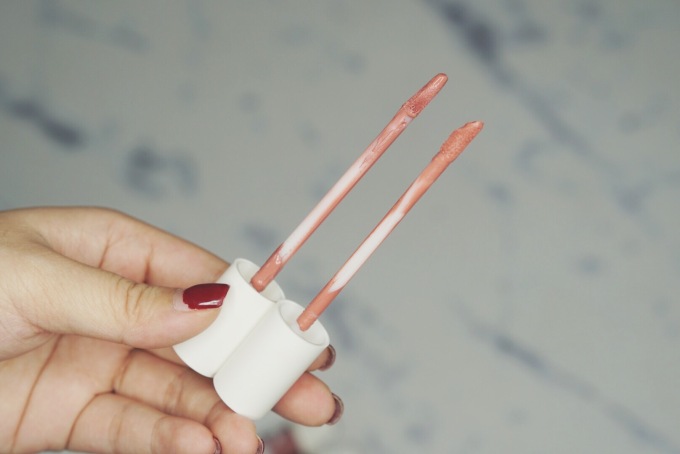 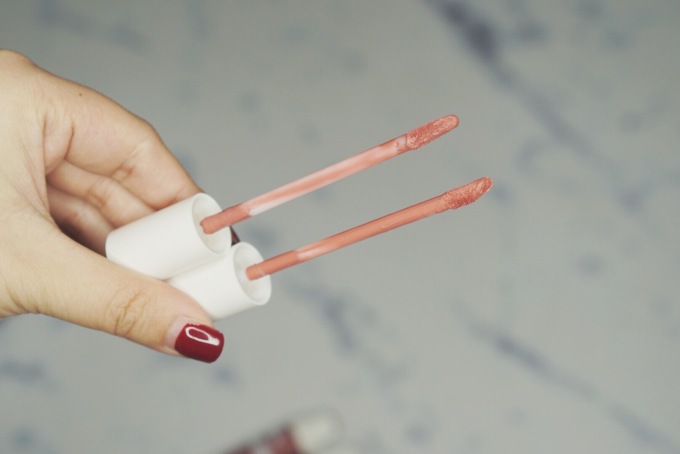 So, should you get it? If you’ve never bought BLP, then yes for sure. Now is the best time to buy as they’ve not been sold out and they just recently launched a new color – Red Velvet (which funnily, isn’t even Red at all, I find that rather odd).

They are priced at IDR 129.000 with 4 grams of product each, which is super affordable if you get the right color for you. It’s literally half the price of a decent liquid lipstick in the states. Between those high end brands and this? I’d pick BLP any day.